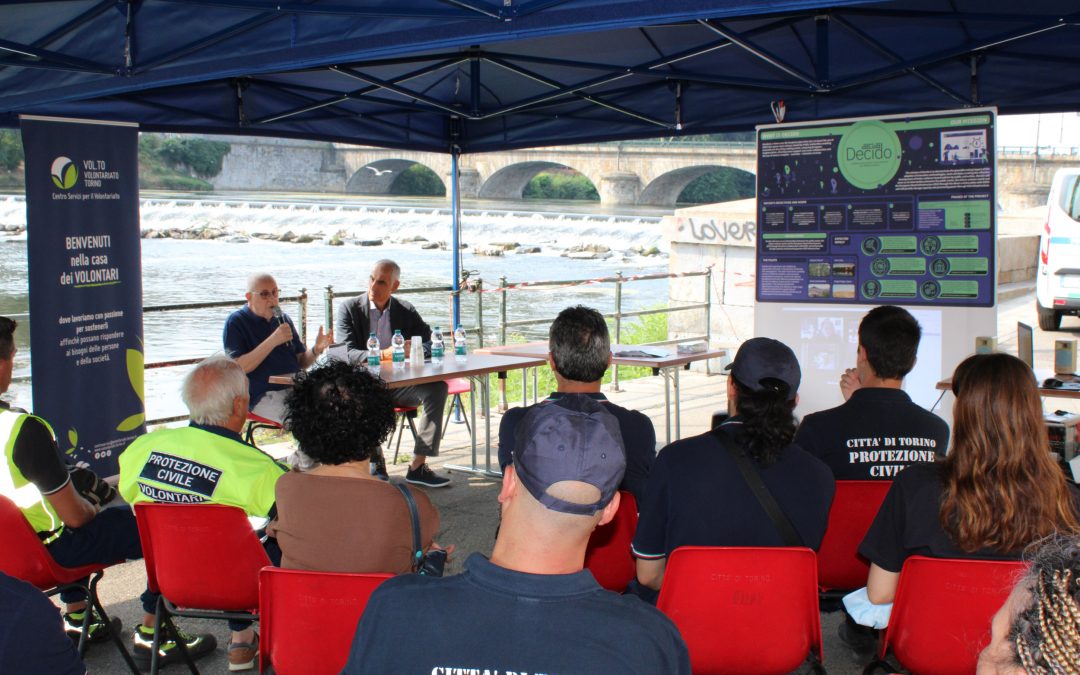 This morning, Monday 18th July, the Councillor for Civil Protection of the City of Turin, Francesco Tresso, took part, together with the President of Vol.To, Gerardo Gatto, in a debate dedicated to the start of the Turin pilot in the framework of the DECIDO project. 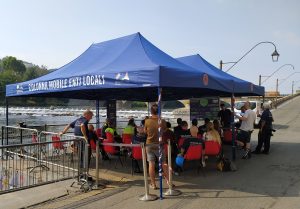 The meeting was held in the Murazzi area, one of the two areas of the city of Turin (together with Meisino Park), affected by the flooding emergency, which the DECIDO project wants to contribute to reducing. Although today Turin and the whole Northern Italy are experiencing a period of unprecedented drought, it is necessary to prepare for future extremely critical situations related to sudden and abundant rainfall, as already happened in the past.

The aim of the project is finding possible solution through co-creation groups composed by citizens, volunteers, businessmen and businesswomen, as well as representatives of the institutions. Thefirst co-creation sessions began to address only a first aspect of the larger problem of flood risk: the effectiveness of weather warning messages. Other co-creation sessions will follow.

Both the Councillor of the City of Turin and the President of Vol.To emphasised the importance of working together with volunteers, rowing clubs, local SMEs (e.g. bars and pubs along the River Po) and public authorities. During the morning there was also an interesting debate on the other two macro-emergencies tackled within the Turin pilot: the social crisis triggered by the Covid19 pandemic and the reception of Ukrainian refugees. The first “co-creation sessions” have already begun to address two smaller issues on these two topics: respectively, the reduction of food waste in the distribution of food to people in need and the possibility for those fleeing the war in Ukraine to quickly obtain the information they need for temporary relocation to Turin and Piedmont. 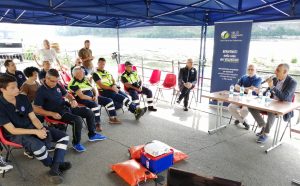 Next steps: new hackathons on the three domains (floods, food and Ukraine) in September.